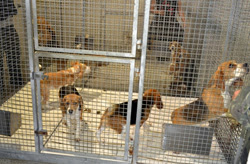 Partner at Homero Costa Advogados, MA in Commercial Law, President of the Commition of Lawyer Societies of OAB/MG.

Macau is the only region in China that authorizes the working of Casinos, registering a US$23.5 Billion profit in 2010, four times that of Las Vegas, USA.

Of the 108 countries that make up the World Tourism Organization, only two ban gambling: Cuba and Brazil.

But Brazil has authorized lotteries such as Mega-Sena, Quina, Lotofácil, Lotomania, Dupla-Sena, Loteria Federal, Loteca, Lotogol, Instantânia e Timemania, all of which are under the command of the Federal Government, and also several types of lottery controlled by the states. There is also the unauthorized lottery named Jogo do Bicho (Animal Game).